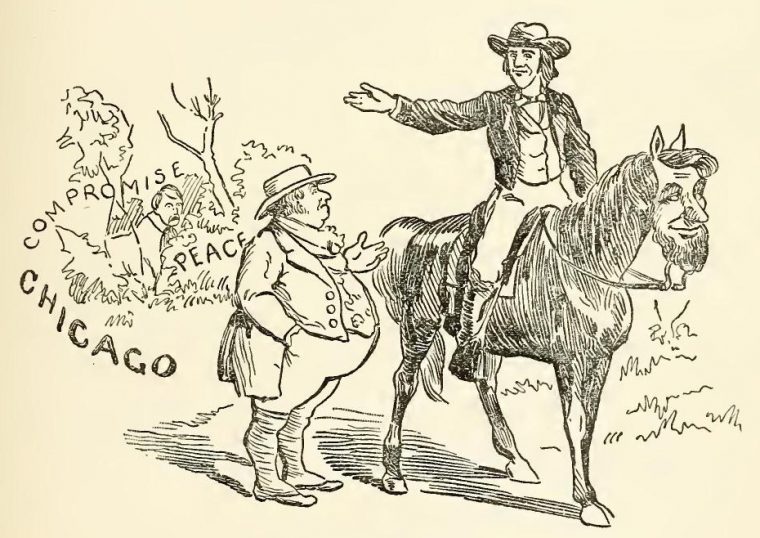 Uncle Sam was pretty well satisfied with his horse, “Old Abe,” and, as shown at the Presidential election of 1864, made up his mind to keep him, and not “swap” the tried and true animal for a strange one. “Harper’s Weekly” of November 12th, 1864, had a cartoon which illustrated how the people of the United States felt about the matter better than anything published at the time. We reproduce it on this page. Beneath the picture was this text:

JOHN BULL: “Why don’t you ride the other horse a bit? He’s the best animal.” (Pointing to McClellan in the bushes at the rear.)

BROTHER JONATHAN: “Well, that may be; but the fact is, OLD ABE is just where I can put my finger on him; and as for the other—though they say he’s some when out in the scrub yonder—I never know where to find him.”