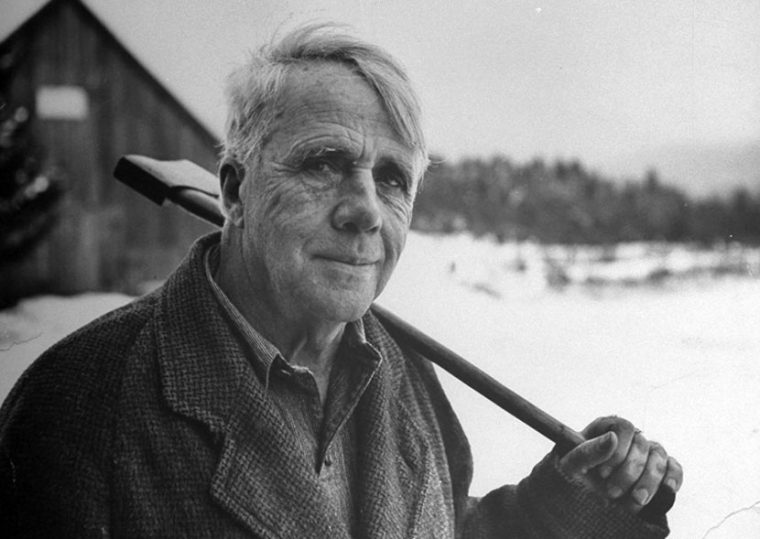 Poetry is what gets lost in translation.

In three words I can sum up everything I’ve learned about life: it goes on.

Never be bullied into silence. Never allow yourself to be made a victim. Accept no one’s definition of your life; define yourself.

If we couldn’t laugh we would all go insane.

Education is the ability to listen to almost anything without losing your temper or your self-confidence.

Happiness makes up in height for what it lacks in length.

The best way out is always through.

I am not a teacher, but an awakener.

Forgive me my nonsense as I also forgive the nonsense of those who think they talk sense.

A diplomat is a man who always remembers a woman’s birthday but never remembers her age.

Poetry is when an emotion has found its thought and the thought has found words.

A mother takes twenty years to make a man of her boy, and another woman makes a fool of him in twenty minutes.

The world is full of willing people, some willing to work, the rest willing to let them.

The afternoon knows what the morning never suspected.

We dance round in a ring and suppose, But the Secret sits in the middle and knows.

By working faithfully eight hours a day, you may eventually get to be a boss and work twelve hours a day.

A person will sometimes devote all his life to the development of one part of his body – the wishbone.

A poem begins in delight and ends in wisdom.

The brain is a wonderful organ; it starts working the moment you get up in the morning and does not stop until you get into the office.

You’re always believing ahead of your evidence. What was the evidence I could write a poem? I just believed it. The most creative thing in us is to believe in a thing.

A liberal is a man too broadminded to take his own side in a quarrel.

A good book has no ending.

A civilized society is one which tolerates eccentricity to the point of doubtful sanity.

You’ve got to love what’s lovable, and hate what’s hateable. It takes brains to see the difference.

A bank is a place where they lend you an umbrella in fair weather and ask for it back when it begins to rain.

Families break up when they get hints you don’t intend and miss hints that you do.