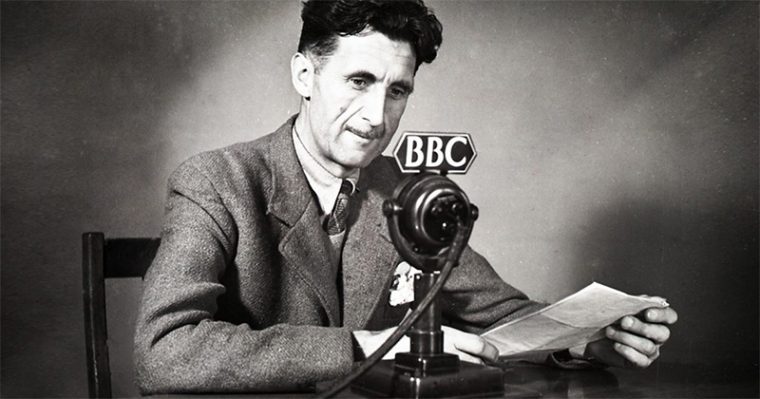 The only good human being is a dead one.

In a time of deceit telling the truth is a revolutionary act.

In a time of deceit telling the truth is a revolutionary act.

War is peace.
Freedom is slavery.
Ignorance is strength.

The most effective way to destroy people is to deny and obliterate their own understanding of their history.

If you want a picture of the future, imagine a boot stamping on a human face—for ever.

Freedom is the right to tell people what they do not want to hear.

Doublethink means the power of holding two contradictory beliefs in one’s mind simultaneously, and accepting both of them.

Until they became conscious they will never rebel, and until after they have rebelled they cannot become conscious.

We shall squeeze you empty and then we shall fill you with ourselves.

There was truth and there was untruth, and if you clung to the truth even against the whole world, you were not mad.

Men can only be happy when they do not assume that the object of life is happiness.

If you kept the small rules, you could break the big ones.

All the war-propaganda, all the screaming and lies and hatred, comes invariably from people who are not fighting.

We do not merely destroy our enemies; we change them.

Of pain you could wish only one thing: that it should stop. Nothing in the world was so bad as physical pain. In the face of pain there are no heroes.

The quickest way of ending a war is to lose it.

Reality exists in the human mind, and nowhere else.

To see what is in front of one’s nose needs a constant struggle.

Political language. . . is designed to make lies sound truthful and murder respectable, and to give an appearance of solidity to pure wind.

At age 50, every man has the face he deserves.

We sleep safe in our beds because rough men stand ready in the night to visit violence on those who would do us harm.

Enlightened people seldom or never possess a sense of responsibility.

We are all capable of believing things which we know to be untrue, and then, when we are finally proved wrong, impudently twisting the facts so as to show that we were right.

Every war when it comes, or before it comes, is represented not as a war but as an act of self-defense against a homicidal maniac.